Chef’s Get Ready to Rumble! THE HEAT IS ON…

Calling all food fans,  21 of  the area’s top Chef’s representing restaurants from Newark to Chadds Ford compete in Wilmington’s 1st EVER Burger Battle.   These Chef’s are vying  for “Best Burger” bragging rights as well as raising money for The Ministry of Caring’s Emmanual Dining Room. The crowds will gather @ Twin Lakes Brewery as the grills heat up.  It’s time to open wide and take a big juicy bite or 22. You heard me,  22 of the best burgers in Wilmington for you to sample & vote on.  The  “People’s Choice” award is in your hands, so be sure to come hungry. “We’re thrilled that so many chefs signed on early. There are lots of ‘the usual suspects’ but plenty of other chefs I haven’t necessarily worked with at other charity events. Just goes to show that between a love for burgers, and the need to fight hunger, this competition really struck a chord with people.” 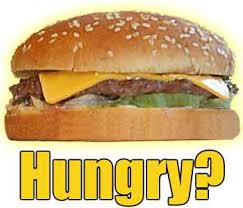 The Wilmington Burger Battle will take place on Saturday, August 25, 2012, 12–4pm at Twin Lakes Brewing Company, 4210 Kennett Pike, Greenville, Delaware. This outdoor, rain-or-shine Battle will pit restaurants in the greater Wilmington area against each other in a competition for Best Burger, Best Alternative Burger, and People’s Choice Burger.

The event will be open to the public, and proceeds will support the Ministry of Caring’s Emmanuel Dining Room. Ticket prices — $45 for adults and $10 for children — include food and drink (Twin Lakes beer and soft drinks). Tickets to this limited-capacity throw-down are available at wilmingtonburgerbattle.com.

“Delebrity” judges,  Henry “Hammerin’ Hank” Milligan & another local sports hero, will taste each burger and select Best Burger and Best Alternative Burger (e.g., turkey, vegetarian, etc.), and the attendees will also cast votes for the People’s Choice Burger.Geno Bisconte has signed on to emcee, DJ Zip will provide music, and Wilmington City Vineyard will make balloon animals for the kids.

Event proceeds will support the Emmanuel Dining Room, which helps alleviate the immediate needs of Delaware’s hungry with nutritious meals served at no cost and with no questions asked. Out & About is the official media sponsor, and MySherpa has signed on as a “Fixin’s Sponsor.” Delaware Today, Burning Brainstorm and ZZ House are also in-kind sponsors. “We are very excited about this new opportunity to involve the community in supporting Emmanuel Dining Room,” says Brother Ronald Giannone, OFM Cap., founder and executive director of

The Ministry of Caring. “It is quite a challenge to serve more than 180,000 meals a year and it takes the involvement of 99 churches, synagogues, civic groups and businesses. We appreciate the support that the Burger Battle will bring us.”